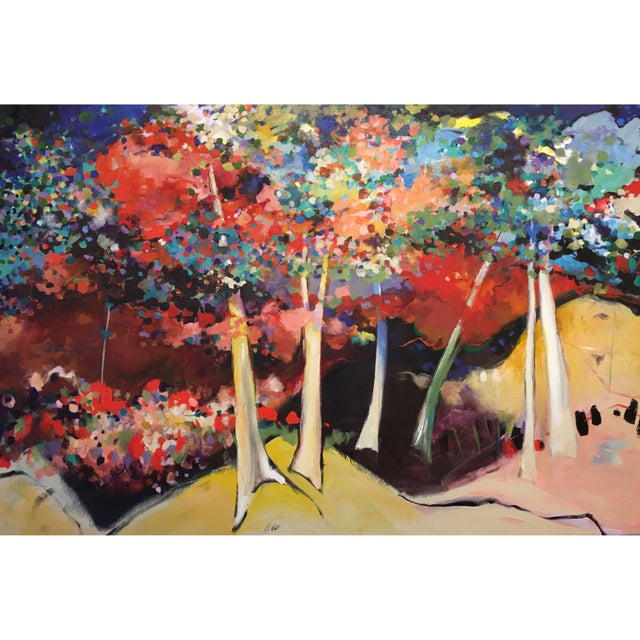 A studio work began several years ago in remembrance of a childhood pasture was reimagined in 2018 with a more vivid color treatment and energy. The pasture was once populated with a variety of perimeter and occasional trees, mostly chinaberries which were considered nuisances by my father and grandparents. We children loved them as places to build forts, run to for shade in the long summers and use as bases in games. Their fall color against the green or brown acreage is a lasting memory to this day.

Now, many years later, the pasture has been cleared and dredged, a detention pond for the flooding that once washed the pasture clean and filled it with crawdads, frogs and dewberries.

This work was painted at Mother Dog Studios in downtown Houston over a period of several years. It was exhibited in my solo show "A Drift of Stars" in 2018.