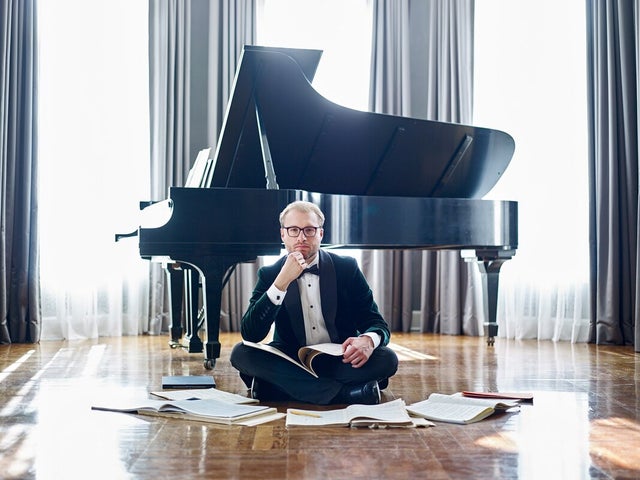 Enjoy a once in a lifetime concert series: 11 recitals encompassing all 32 Beethoven piano sonatas with pianist Adam Golka.The concerts will take place over the course of two weeks in the second half of December.

Tickets are available for each recital as well as the entire series.

The gallery is taking extensive precautions to insure the safety of our audience. Seating is limited to 15 pairs of seats, spaced 6 feet apart. Air circulation will be maintained throughout the performance as well as the operation of an air purifier. Masks are required for all in attendance.

The series, 32@32, will be accompanied by short companion films about his personal journey through this monumental repertoire, made in collaboration with filmmaker Zac Nicholson.

Since first self-presenting and performing Beethoven’s 32 Piano Sonatas at the age of 18, Adam has immersed himself in studying the master’s works. He has studied Beethoven under the guidance of masters such as Leon Fleisher, Alfred Brendel, Sir András Schiff, Murray Perahia, and Ferenc Rados. In 2011, Adam performed a cycle of all five Beethoven concerti with the Lubbock Symphony, with his brother Tomasz at the baton, and last summer, he made his San Francisco Symphony debut at the Stern Grove Festival in Beethoven’s Fourth Piano Concerto. Now 32 years old, Adam is celebrating Beethoven’s 250th birthday by playing the whole cycle of Beethoven’s 32 Piano Sonatas in multiple cities. This coincides with a self-produced video series called 32@32 and the release of his first volume of Beethoven’s Sonatas on First Hand Records.

Adam has been regularly on the concert stage since the age of 16, when he won first prize at the 2nd China Shanghai International Piano Competition. He has also received the Gilmore Young Artist Award and the Max I. Allen Classical Fellowship Award from the American Pianists Association, and was presented by Sir András Schiff in recitals at the Klavier-Festival Ruhr in Germany, Tonhalle Zürich, and in Berlin and New York. Adam studied with the late José Feghali, and spent four years at the Peabody Conservatory studying with Leon Fleisher. He also served as Artist-in Residence at the College of the Holy Cross in Worcester, Massachusetts, where he taught piano, chamber music, and conducted the Holy Cross Chamber Orchestra.